The weather has really changed, and autumn is beginning.  We’ve had nights with the temperature down as low as 5 degrees and the geraniums are showing a little red on some leaves which means it may go down lower.  We’ve had loads of rain, so the frantic watering is a thing of the past.

My flower bed has had  a second rush of colour as the plants have had a drink.  The courgettes are slowing but we have had four Hokkaido squashes and have some ordinary marrows enjoying the sun before they go down into the cellar. The runner beans are putting on a late rush, some twit planted them right in front of the view from my kitchen window, well at least they wont be there next year. The sweet corn is ripening and the few carrots we’ve tasted are great and with still a little growth to come. 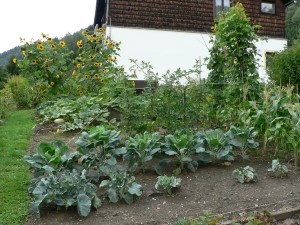 The tomatoes and aubergines have done well, so I’ll soon be making ratatouille for the freezer. I’ve got so bored with boiled courgettes that this year I’ve  baked them so easy with a bit of oil for browning and much tastier. The peas and carrots have been amazing despite the drought too!

I’m just waiting for the elderberries to ripen for the second vintage of Chateau Rashbrook wine.  The first lot may be drinkable for Christmas, it was like paintstripper last time we tasted. I’m going to try a different recipe this year for a sweeter, thicker wine.

The real failures are the broccoli and turnips. For some reason they are infested with beetles, see previous blog, but the sprouts show some hope that we’ll have some for Christmas.  The parsnips failed to germinate and so we have one for Christmas day.  All as long as that perishing Wühlmaus doesn’t move back in again. We do daily checks for signs of holes and munching!  But if her does, we’ll just harvest them from under his little snout! 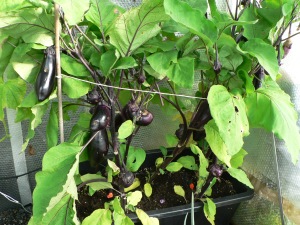 The freaky weather continues, with this long spell of really hot weather regularly 30 degrees with thunderstorms all around. Apparently its all to do with the Jet stream that has slipped down a bit giving the UK the horrible amount of rain they’ve been having, and it means we’re stuck with the hot air from the south.  We’ve got off lightly with damage from hail and rain, but in the fruit growing regions of Austria the damage to fruit and grain crops has been enormous. Still the 36 degrees we clocked one day isn’t normal.

The garden likes it though and the heat and rain has our courgette plants growing like Triffids, and a glut of cucumbers in the greenhouse. We’ve just harvested the first peas – sugar snap which you eat the lot and are much sweeter than Mange tout.  the first Courgettes are there and the Kohl rabi are ready.   I’m just so enjoying having the time to do all this, no more Burg!  In the greenhouse we have pea sized Tomatoes, nothing red, not so good.  We also planted an Okaido pumpkin, a red one which is quite sweet but great in stews, this is trying to take the place over, three times the size of its brother outside.  Of course the drip watering system Dave installed helps!

In the garden I tried sweet peas in a huge tub, with posts to grow y, but the cold spell held them back, I put in two packets, then another two when they didn’t germinate -result forest and no flowers yet!

The weather is so  extreme at the moment, with 38 degress predicted for Sunday. Inbetween times of heat we’ve had rain and more rain.  Setting back the  veggies and then pulling them forward.  One courgette I found was yellow, but more are coming.  One line of peas is flowering.  The strawberries are a disaster, the cold got the flowers and the bees didnt come in the cold.  The Kohl Rabi are getting on slowly.  Paggy was saying despite loads of blooms, he has no cherries, the cold mornings got them along with his plums.  Well at least that lets me off having to make jam this autumn!  Just hope my soft fruits come through for my planned wine making – one consolation, the Elderberries have loads of flowers. 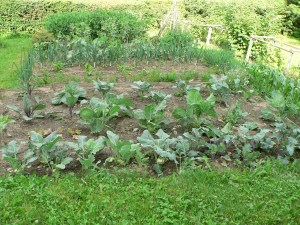 And now!   Oh the joy of gardening!  One is nearest God in the garden. 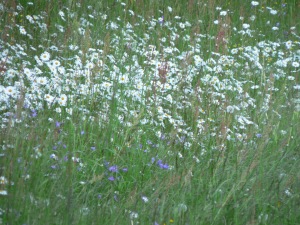 Now the Ice man has taken himself off, its like summer is advancing rapidly.  The dandelions have turned to heads and the air is filled with them, along with willow seeds.  The Margarita daisies -(probably the wrong name) are coming into flower with great drifts of white. Yet it’ll be  two or three more weeks until the flowers start showing their heads up in the Alms.

We’re now getting lots of drizzle, so I’ve put out all the geraniums and the terrace flowers.  It looks complete chaos until I get them sorted out, but they’re all getting a good watering!  The Peas have got their sticks and the courgettes are showing the odd head, I’ll have to plant my indoor reserves if they don’t get a move on!  The carrots are showing and the occasional parsnip – I wonder if we’ll beat last years astonishing crop!  The brussels and the kohl Rabi are slowly recovering from the frost.  The garden centre where Dave works, lost all of their tomatoes.  Before the frost they lost 300 due to a virus and afterwards all had to be chucked.  It’s still manic there, with people queuing up to buy veggie plugs and geraniums, I just wonder where all these people went before, the centre only opened three years ago.  We’ve bought one more cucumber plant, and have clipped the damage off the old ones, hopefully they may recover, they’ve got fruit on.

BUT most of all, the cows are going up to the alms, the tractors with the open top trailers are heading uphill with the cows sniffing and sticking their noses over the top.  Some cows are turned out here in the valley, ready kitted with their bells, heavenly music. I must be daft, this I love but a windchime, I can’t stand!  Not everyone here likes the bells, someone I know stuff their neighbour’s cow’s bell full with  loo paper to stop them dinging in the early morning and waking them up – and these are local people not incomers!!!!!