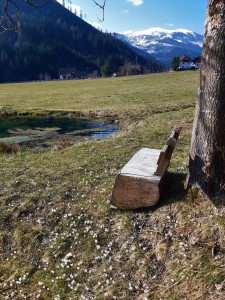 So last week, I was ploughing on with the new book, the final book in my Horses and Souls series. I’ve wanted so much to crack on with this all winter. It’s set here in the Lungau, has a romance and loads of horses. I’ve managed another five thousand words.

Today I sit at my computer. I don’t want to write a word. It’s not that the story isn’t there in my head, it’s there waiting to be pulled out. But I can’t. I feel the story is boring, lacks action, just putting another word down fills me with boredom. I don’t want to do it.

Maybe it’s a final effects of the flu. It’s been a hard winter for me, physically and mentally. Then there’s this lock down. Day in day out the same, but at least I get out for work. I know I’ve got some anger boiling away inside, some things that wouldn’t have been a problem have got me really angry.

So I’ll eat some chocolate and watch the tv and try to get my head around this.