September, the cows are coming home

It’s been quite a while but I’ve given into the drug,and I’m back to Blogging. Dave let his job at the garden centre and so I was immediately unable to sped so much time writing! I must say though, we’ve done a lot of walking and been busy in the garden and so on.

At the same time I was blogged out, I felt I had nothing to say. Maybe joining the Postaday idea and keeping to it was a mistake – and I must say, I’ve seen a lot of blogs that have the logo and don’t including the Daily Post itself. What value did the virtual world I was creating have?  Only two people commented on my taking break. How many folks join a blog but rarely read it? I’m guilty of that.  I think the ‘likes’ tell it all.  I’ve kept the photochallenges up because they are simple and quick, but their viewings are dropping.  If you don’t get an entry on very quickly after the challenge is set, you get less views as time goes by. You see I’m still hooked as I check the stats!

I get a view into other people’s lives through the  blogs I follow, but they don’t know me, or me them.  Dave says all this is virtual net curtain tweaking, being nosy into other people’s  lives. Maybe so, but some of the blogs are fascinating and very well written.  Maybe its a case of keeping a perspective, and in the winter I will have more time.  My goal this year is also to try some watercolour landscape paintings.  I’ve felt released by my break, blogging was taking up too much of my time.

I’ve been a compulsive diary writer since a child and have kept the private one going all this time. That could be another blog – but would have to under a different identity!!!!!! I’m going to blog now when I feel like it.  There are so many challenges around now, you could fill your whole week doing them, its not for me.

HOWEVER!   Most of all, my time has come.  There are huge changes afoot in our local Christian community. After five years of learning, reading, becoming patient, God has let me a couple of times take my brakes off and its been full-blown, outright working for him.  I will have to find a way how to chronicle this.  This is the most important thing in my life from now on and maybe as I detail this, my blog will be a small witness also to the world and how Christianity is growing in the Lungau………but I will also have to tell you just what that Wuehlmaus got up to in my garden and the Trachenfrauen and the walks……………..

I’ve decided to take a break from blogging, especially the Postaday, as its just taking up too much of my time.  I’ll probably do the photochallenges but for the moment its goodbye.

I seem to be in a place where not a lot is happening, I’m sort of treading water, not doing much and what I do do, I’m doing half heartedly.  I need to rethink just where I’m going with my writing and life.  I need to find a focus, discipline and direction.  To do this, I’m going to put my time into saturating myself in the Word and seeking God’s face.

Thanks to all my followers, you’ve been such a blessing!

This has to be the floppiest flop for a good idea for a competition/challenge.  I give up!  No one even tried a guess. For those who did a ‘like’ on this. It is an 18th century door key for the church in Turrach in Austria.   The  lower bit fits through the door into a slot, then the jointed bit allows you to turn it and open the door.  Pretty neat I thought! 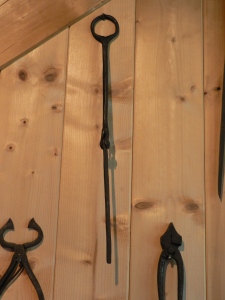 Me deciding Skiing isn’t for me! 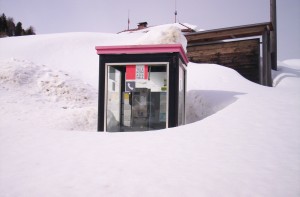 I had a go at wine making years ago when we had our small farm.  Trouble was that I let the fermenting bubbles get dry and it all went wrong.  We even tried marrow rum, and Dave’s Dad drank that and lived but we didn’t fancy it!  I’m quite surprised no one makes it here – I’m talking fruit as opposed to grape wine.  There are so many fruit bushes in people’s gardens, but they make loads of jams and syrups.

Schnapps distilling is the main occupation here. Usually from the berries of the mountain ash, which I used to think was poisonous or with zirben, a sort of pine cone that drips a thick resin.  This is added to a brandy or schnapps base and with sugar is fermented into a lovely syrupy liquor.  There are variations on this with all sorts of  fruit too.  So I’m going to try to make Elderberry. Two trees have self seeded in our garden so I hope that’ll be enough!

Finding the equipment was a non starter – nothing on the net anywhere in Austria. Then my sister in-law said her shop where she works in the UK did all the stuff, so she brought me over all the bungs and bubbles and yeast.  The only problem was then the fermenting bottle, and blow me down, Linda had two in her attic, her mother in law used to make it in Steiermark!  I went to the local Iron mongers  and they had the bung -for schnapps storing/brewing I suppose. I don’t have means to cork the bottles so I’m going to use the beer bottles with the flip over top with a metal spring that seals – a bit like on a Kilner jar.

The fruit is there and green on the bushes, they’ll be ready in a few weeks, just need to beat the birds to them!