The resident Greenfinches posing on the table!

This is also an invitation for people to add their own ones and comments to mine,nothing abusive please, just a sharing of the things they say and how Christians counter them. I’m not always the fastest thinker in the world, so some of these took a couple of days to percolate through!

I said that in England I would offer visiting  JW’s a leaflet of mine to read, if I took theirs.  This usually resulted in them bolting.  The guy the other day had this analogy that when you have a set of keys to open a door, you try all till you find the right one and then stop, you don’t try any more.  Ok , I can see the logic in that.

Response.  What if someone had given you a forged or copied key, sooner or later you would notice and then you’d have to test it against all the other keys you hold. Wouldn’t it be better to check all the keys in the first place?

I said I pray in tongues. The guy said he’s never heard that.

Response, Well I should think not, you don’t believe in the Holy Spirit as a person, you grieve him. (Ephesians 16.30)  You can’t have it both ways. 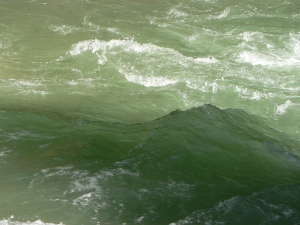 One of my entries for the Photo competition

Some days at home drive me to distraction, others are ok, but last Monday was a great day.  I began with my mediation and prayers, I’ve found such a good book, it’ll be reviewed soon.  Its ‘Meditate and Declare by Lyn Dehnke, details will follow!

I then took to the net and was amazed by how many hits and Pingbacks I had on my first attempt at the Weekly photo challenge, hosted by http://dailypost.wordpress.com/ and I found some great new blogs to follow. I had a list of subjects to write blogs about and I actually did them all.

Dave came home at lunchtime with a load of compost, and it stopped raining, so I spent quite some time planting out my geraniums into containers on the terrace, and putting pea sticks in, most satisfying.  It began to drizzle again so they all got a good drink.

Then Lizzie came over, a friend ad found a Golden retriever wandering up on Schonfeld, and it befriended her Collie.  This lady is a nurse and has a dog sitter, but who can’t cope with two dogs.  So Lizzie and I are going to be dog sitters when needed, Mega!  Dave didn’t argue either!

Then I went and planted Paggy’s replacement Cucumbers for him, and took his bin bag down the lane -such a buzz when you can help someone.

I was just sorting out my entry for the local photography competition about the river Mur, when there was a knock at the door. Jehovah’s Witnesses.  They had imported a lad from Klagenfurt who spoke fluent English.  Couldnt resist the challenge and I out talked them again, they actually said they had to leave -hahahahahaha!

I entered my photos for the competition, and then poor Dave was late back from work, but he took me over to the Holiday flat to close up after the visitors -such kindness.  What a day!