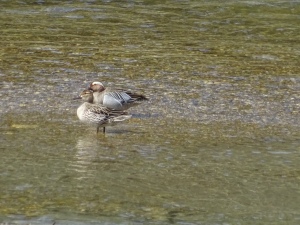 As you know, I have a horror of growing older and all it entails and will not have it in my life as I saw it happen with my mother and Grandmother. I will keep my marbles until the end and I will make the 100. Not that I’m worried about dying and meeting Jesus, but it’s the process.

So, I’m now 57. I AM NOT OLD! I’m training to be a part time librarian, writing a new book, teaching part time, and running the gardens and holiday homes. Maybe I do live in Lalaland more than ever, when I’m out dog walking, the mind is like a butterfly and without regular work the mental discipline isn’t there!

But a couple of years ago, I found myself muddling my words, saying a similar word to the one I meant, or completely the wrong one and sometimes being aware and sometimes not when Dave pointed it out (though sometimes he hasn’t heard me properly but we won’t get into that!). Some of this was the Hashimotos antibodies chewing at the brain, so I make sure I take the Selenium, ginko and zinc. Some was the Gluten intolerance and some of it is that since the menopause. I now have so much energy, I’m not clocking when I’m tired -fantastic! I feel like I did when I was in my 30s! Since Swingle has had her sleeping problems sorted and my sleep rhythms are restored the word thing happens only occasionally, whooppee!

Mistakes- I haven’t been able to get the church service sheet right for about two years, I have to get Dave to check it, because if I send it to be corrected, its odds on I’ll print the wrong one out. I know I’m a perfectionist and I find this all hard to take and I might have been a bit like this in the past, but its getting worse!

My short term memory is crap. I forget things much more, like when I had to be reminded that the birds weren’t feeding in the garden because of the neighbours trees being felled, I only remembered Paggy’s being chopped down a couple of years ago not these. Then Dave talking about the little bridge being gone had me completely puzzled, if he had said our bridge, or the big bridge I would have got it, I was thinking of a little one further along the river and he really confused me – whose fault this time? I’ve forgotten important keys, but that’s nothing that new……

Now the greatest stupidity.  I had one of the flat owners ask me to go over and read the electricity meter. I had a damaged key for this flat and was waiting for the cleaner to lend me hers. I decided to do this yesterday as then Dave could have the car on Monday.  So I went over and the key didn’t fit. I had offered to read the other two flats too. I went into all to check the electricity was off in them but I couldn’t find any electricity meters. So they must be in the cellars. It would have been logical to then go down and look. Not me, I rang the cleaner, went to her house and got the key so I could go in the original flat and then collect the post. Then I went to the cellars and the meters weren’t there.  They must be in one of the locked rooms I cannot access. So I went home, only being successful in collecting the post. Just how stupid could you get? If I had looked in the cellars in the first place as had been a dim thought, I could just have gone straight home and got the key and post during the week, Taking an hour and a half rather than the half an hour it could have taken. Talk about muddled stupid thinking, illogical and dumb. I spent the rest of they day feeling a complete prat and just wondering  what is happening to my thought processes and actions.

Is this just getting older or do I have a problem? Anyone else do things like this?