Just before Christmas, I published the first volume of my memoirs, doesn’t that sound grand? But this is the book that has me most scared. Revealing myself, rather than playing with the people of my imagination.

However, as a Christian, I have prayed about this and am certain, that it the present situation, this is the main way I can witness to people. The whole of my life leads to God, despite fighting him for years. Maybe someone might learn from my mistakes and trials and find him too.

Brought up by a warring Mother and Grandmother, Anna Rashbrook had to make choices that no child should have to.

In this first memoir, she begins the quest to understand the threads of faith, horses, and love, which weave and intertwine throughout her life.

Years of diarying help Anna in this frank and honest chronicle of her childhood and teenage, as she explores the scars and the disfunction that was all around her. Not to forget pony mania, the Tremeloes, David Bowie, some terrible teenage behaviour, travel, first love, and heartbreak. 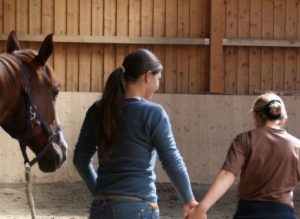 The new cover is nearly ready, the reviews are in, I’ve had so many discussions with KDP about the launch of Challenger that I think I’ve covered all aspects. It’s edited, I just now need to set a date! Anyone think of something exciting in February besides Valentine’s day???

Here is the next free story, available from Thursday 15th to Monday 19th only, again that’s Pacific time.

We used to keep pigs and they are wonderful animals, friendly and funny. Grossly underrated!  There are some practices which I think are wrong in their care these days and this comes up in the story.

The excerpt from the Baize Door is where the Barknadoes arrive in Joanna’s life and chaos ensues.

No, I’m not giving free birds away! I’m promoting ‘The Baize Door’, by giving away a free short story along with an excerpt from the book. Then maybe people might want to read on and buy the book, yup, marketing again.

However, the book is free ONLY from Friday to Tuesday, then there will be another next weekend. It’s on American Pacific time, so if you don’t find it at first, please be patient. All have an animal theme and the final one is a really Christmassy one from Austria. 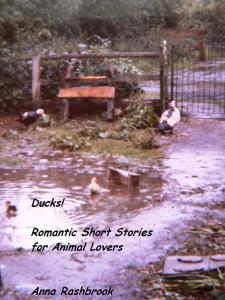 Yes, I’m shamlessly plugging my next opus.  This is just a little it of light reading to enjoy with a coffee, or even in the sun on the beach. Its only on Kindle at the moment but things will change.  Here’s a snippet of the first story, maybe you’ll want to read more!!!!!

Waking up to a cacophony of bird song in a narrow, lumpy bed was not my idea of the best start to a summer holiday.  The sun was already burning its way through the gingham curtains, yet my watch swore it was only six a.m.  A hard shake didn’t change its mind, so I sank back beneath the quilt to try and recapture that evasive sleep.

It was no good.  From the next room I could hear rustlings, scrapes and muffled giggles. Why should I be overwhelmed with dread?  Surely I should be filled with joy, but the next two weeks yawned like an abyss in front of me.  The concept of quiet leafy woods and idyllic picnics had felt like heaven in a slushy February city, but the reality was as disheartening as the mud I’d trodden through to get into the cottage.  What do you do with two eight year olds for a fortnight when there are no playgrounds or burger bars?

Then I noticed the rustlings had grown ominously quiet.  I couldn’t believe they’d gone back to sleep and sat bolt upright, hitting my head soundly on a quaint oak beam.  Dazedly I staggered into the other room to find only a deserted bombsite.  They’d escaped before the day had even begun.  Rubbing my bump I went to the window to see if the horrors were in the garden.

At first I thought I was hallucinating, so I rubbed my eyes in the best film star fashion and looked again.  There really was a large white goat lying in a flower bed contentedly chewing on my best T-shirt.  I must have dropped it while unloading last night.  I didn’t know what to do – would the     T-shirt be swallowed before I could reach the garden?  As I dumbly watched, a tall dark haired man leapt over the wicket fence between the two cottages and grabbed the goat by a collar on its neck.  He pulled the sodden cloth from between the chewing jaws, then tugged the goat towards the back gate.  My blood began to boil, he could have at least left the T-shirt dangling on a bush rather than shoving it into his back pocket.  So much for honest country folk I snorted with indignation as I made my way back into my room to get dressed.  I was scrambling into my shorts when a loud screech came from the other side of the house. Leaving my nightdress on, I slithered down the steep stairs and into the back garden.

The children were huddled together on the path, slowly backing away from a monster which hissed and snapped at them.  Its black and white body had webbed, yellow feet, its head a fiendish red mask and gaping jaws.  The irate duck was bearing down on my terrified nephew and niece, who for once were silent, dumbly appealing for rescue. Overcoming my own fear, I ran towards the duck, shouting and waving my arms.  My actions only made it angrier, it now flapped huge wings and struck repeatedly at me.

‘Get off you brute!’ and various expletives had no effect either but at least I was between it and the children.

I’ve been having such a blast with reading my Kindle and book reviewing and entering new competitions and finding so much stuff to blither about, I’ve gone and re-created the Book review blog as there was such a backlog building.

This time, I’ve stuck with WordPress as it works not like some I could mention!  There will be some repeats but also updates and I’ll use both to unashamedly plug my own stuff!